Here you can see two ideas for billboard ads for IKEA. They are meant for the time around christmas, so I tried to connect IKEA to christmas without making it look too stereotype. 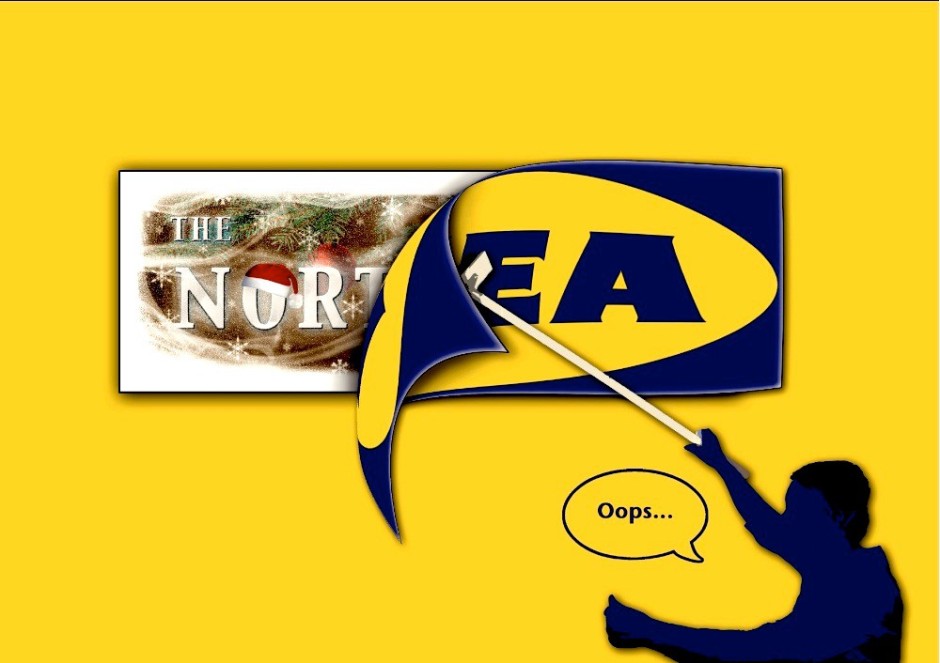 The first billboard shows a sign of IKEA which is coming off a yellow wall and reveals a sign of „the Northpole“ underneath. To emphasize that the revealing of the Northpole sign actually happened on purpose and to make this a bit more funny, I added a person trying to put the IKEA sign back up, saying „oops“.

The second billboard ad is supposed to look like a stack of newspaper articles. The article on top shows a photo of Santa and his elves in IKEA and the text underneath explains they were caught getting christmas presents at IKEA at night.

These billboard ideas are the results of many sketches, some of which you can see in the gallery below. 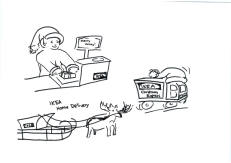 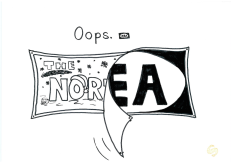